The Great Depression nearly marked the end of Ogden Dunes.  The closure of the Ogden Dunes Ski Jump in 1932 was a major blow.  The recovery, stimulated by the New Deal and the coming of World War II, led to the creation of an active community by 1940.

1930: The 2nd Subdivision was platted and recorded (Hillcrest on the east, Tamarack, Locust, Linden on the west and south).

1932: The Ski Club held its last international ski competition and closed its ski jump, allowing for the residential development of Ski Hill Road.

1932: During the early thirties Samuel Reck, president and major stock holder in Ogden Dunes, Inc., retired to Florida turning over the operation to his son, Nelson Reck.

1933: “The Hour Glass Cottage” was built for O. D. and Tillie Frank. O. D. Frank, a naturalist and scientist, taught at the University of Chicago Lab School.

1936:  The Gary Boat Club leased land just east of Ogden Dunes to build a marina with a club house at the mouth of the Burns (Ditch) Waterway.  The Town built Boat Club Road allowing access from Hillcrest Road to the marina.  This encouraged a number of Gary businessmen who had membership in the boat Club  to build homes in Ogden Dunes.

1938: On August 25 the first issue of “The Ogden  Dunes Sandpiper”, a periodic newsletter for the community was published.  Helen Reck, wife of Nelson Reck, served as editor until the last issue appeared in the summer of 1970.

1938: On October 6 a group of women met and organized the Ogden Dunes  Woman’s Club and elected Dess Cash as its first president.

1938: The Town Board renamed a number of streets, including Hillcrest Road, Cedar Trail and Ogden Road. 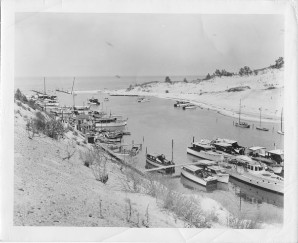 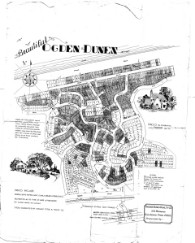 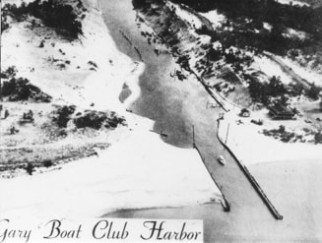 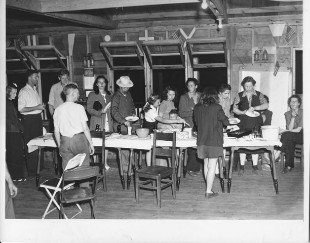 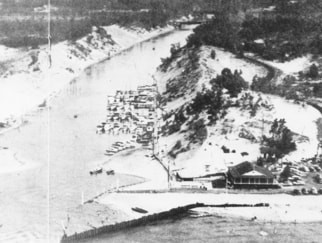