1980s and After: “The Aging of the Community and the Efforts to Protect the Beach”

1980s and After: “The Aging of the Community and the Efforts to Protect the Beach”

The population of Ogden Dunes peaked in 1990 with 1,499 residents.  Since that time, given the absence of additional buildable lots and the natural aging of the population, the Town has evolved from a child-centered community to an adult-centered one.  Despite the decrease in the population and its aging, the major community organizations remain active, including the Women’s Club, which celebrates it 80th year in 2018, the Home Association, the Volunteer Fire Department, the Community Church, the Lions’ Club, the Historical Society, the Sandpiper Co-op Nursery, and the Prime Timers.

Also since the 1970s, with the building of breakwaters for the Port of Indiana and industry, the natural replenishment of sand along the Ogden Dunes shoreline has been impeded.  This has led to the loss of much of the beach in Ogden Dunes, especially when lake levels rise, and continues to threaten homes along Shore Drive.  During the 1980s cement groins were constructed along the shore line.  This effort failed to reverse the erosion.  In the 1990s a steel wall was built into the dunes near the shore line.  This wall, with the addition of a second wall built later, has protected the homes.  During most of the first 15 years of the 21st century, the danger appeared over because lake levels remained low, allowing the width of the beach to return to pre-1960 levels.  Since 2015, higher lake levels again have reduced the beach by nearly 90 percent, leaving only a narrow, sandy beach on the western third of Ogden Dunes.

1990: The Census indicates a slight increase in population to 1,499 full-time residents and approximately 700 homes.

1991: The Historical Society of Ogden Dunes is incorporated.  The “Hour Glass Cottage” is donated to the Society in 1993.

2000: The Census shows a reduction of the population to 1,313 full-time residents and approximately 700  homes.

2010:  The Census indicates a population loss of more than 15 percent, to 1,110 full-time residents.   In addition to the aging of the population the decrease also reflects an increase in the number of homes owned by part-time residents. 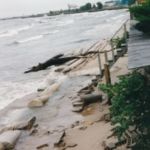 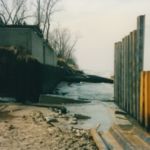 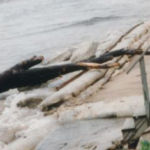 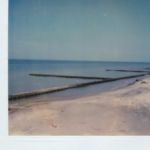