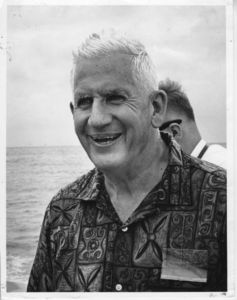 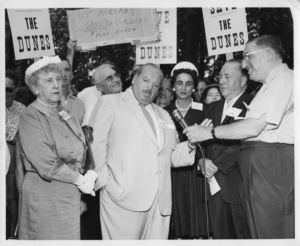 The Battle to Save the Dunes:  1952 to 1966 The Ogden Dunes Story by Dick Meister   This story was prepared for the Hour Glass Exhibit, “The Battle to Save the Dunes” in collaboration with the Indiana Dunes National Lakeshore and other museums in Porter County and was published in the “Hour Glass” Newsletter, May 2016.  The exhibit was on display from the Autumn of 2016 to the Autumn of 2017 in the West Room of The Hour Glass Museum and is currently on display in the Community/Fire Hall in Ogden Dunes (from October 2017 [...]

The Battle for the Indiana Dunes: Examples of Local Leadership

The Battle for the Indiana Dunes: Examples of Local Leadership By Dick Meister   Dorothy Richardson Buell (1886-1977)   Dorothy Richardson (1886-1977) was born in Winnebago County, Wisconsin.  Following graduation from Lawrence College and a career as a teacher and an organizer of a National Women’s Sorority, she married James Harold Buell (1881-1970), an electrical engineer and utilities executive, in 1918 in Chicago. The Buell family, augmented by the birth of their son, Robert, in 1922 spent much of the 1920s in Tulsa, Oklahoma before moving to Chicago by 1930 and a few years later [...]